When I talk to people about resident ownership, people are genuinely interested and excited to learn about how it works. A conversation with state lawmakers earlier this month proved no different.

I spent the day at the Minnesota State Office Building to testify in favor of proposed bills from both the House and Senate that would allow manufactured home cooperatives to utilize renters credits. Right now, cooperatives are the only ones who are unable to utilize that tax refund, though we do get a property tax break.

Approval of the renters credit for cooperative homeowners would be a huge benefit for roughly 600 families living in ROCs and further enhance the affordability of their homes. I spoke with many of them about what they would use this credit for and it became clear that it would make a great difference in people’s lives. Their answers ranged from food, toilet paper, school supplies, shampoo and home repairs.

It’s going to make a big, big difference if this passes this year. Keep an eye out for any updates we share.

While there, I also had the chance to explain to the representatives what the ROC model is really all about. They were engaged in the conversation, asking me a lot of questions about how it all works. When I told them about the storm shelter/community project we started late last year, they were amazed. They said they had never heard of anyone being able to undertake something like that without any dramatic rent increases.

As I watched their reactions while I talked, I could tell they were really getting just how great resident ownership is.

These aren’t the only events we have coming up to showcase the benefits of resident ownership within the greater cooperative sector.

On March 19, I’ll be headed back to the Capitol to take part in Co-op Day. Different models from the sector will be there to educate attendees about their kind of co-op. It will be a great way to network with others while also helping to spread the news about what’s going on in the ROC network.

I love learning about other types of cooperatives and seeing how the ROC model fits into the sector. It’s an awesome perspective to have.

Thank you to everyone for being so welcoming and interested in what we had to say. Having a voice and being able to share our stories is so important in furthering the resident-ownership movement.

Natividad Seefeld is the ROC Association Director for the East, Midwest and South region. Contact her at midwest@rocassociation.org. 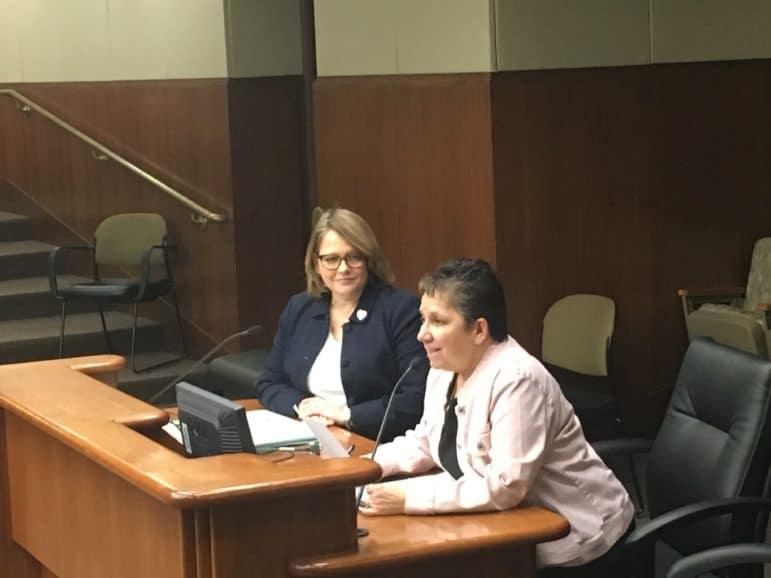