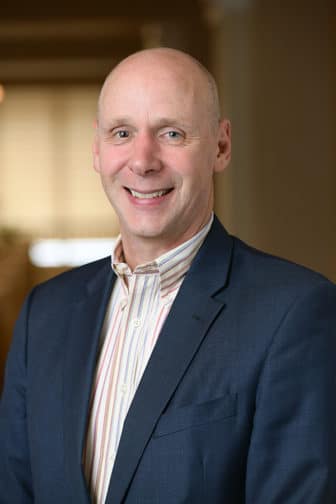 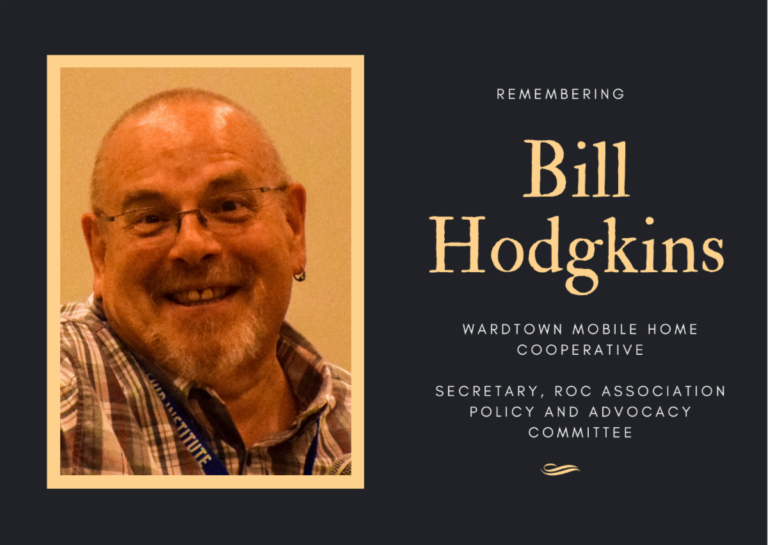 We lost a co-op hero.

His neighbors at Wardtown Cooperative called him “Neighbor Bill.”  I came to know Bill and his wife, Carol, through the ROC Leadership Institute and more recently through the ROC Association’s Policy & Advocacy Committee.

Bill passed away a little more than a week ago.  My heart and condolences go out to Carol.  The burdens of being a surviving spouse are great and the loss greater.  I’m so sorry, Carol.

We have lost a champion for neighborhood control – who by his own admission took him to places he never imagined being.  I just watched a video of his call to U.S. Senator Susan Collins’ office from this summer, a call in which he made the case for infrastructure investments in ROCs nationwide.  He was looking out for all of you.

Bill was just that way.

In Portland a few years back, Bill was brought to tears when he talked about the passing of a recent resident who was close to many of his neighbors, and how community members had all stepped up to help out the wife of this man with anything they could.  The widow, once a resident who wanted to move out, never wants to leave now that she has experienced true community.

He was kind, humble, and honest.  I have not met a husband more proud of his wife. Carol, too, stepped out of her comfort zone and became president of the co-op and co-Chair of the ROC Association Outreach and Education Committee.  He thrilled in seeing her step up; he thrilled in seeing communities step up, too.

Oh, he would get indignant sometimes when he thought his community and MH communities were not getting a fair shake.  He had a mentor – Dale Whitmore – in their Freeport, Maine, co-op.  Dale was also a fierce defender of the communities we all call ROCs.

I will forever miss these two guys.  Carry on we must but not without first stopping and recognizing that we’ve lost a great one in Bill Hodgkins. 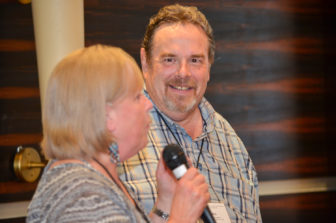 Dear Mountain West ROC Board Members, I write to you today with news I would rather not have to share, but find it absolutely necessary to do so. I have resigned my seat as ROC Association Director for

Better Together in 2022! I am hopeful the new year finds you, your family and community well. The past year was trying, and while we enter 2022 coping with another surge, I am more optimistic this January than

We lost a legend and a friend on Saturday

Save   I am saddened by the death of Charles “Chuck” Snyder. I last spoke with him a month ago on a call he was hosting for innovators committed to practicing Cooperative Principle 6 – cooperation among cooperatives.