MIDVALE, Utah — Residents in the 56-home Applewood Homeowners Cooperative are ready to celebrate after purchasing their neighborhood in early February.

Shirlene Stoven, a Board member who helped head the effort, said the purchase provided residents with a sense of security and relief for years to come.

Residents have been coming together to start populating the different committees and volunteer opportunities in Applewood, something Stoven said she’s grateful for.

“We’re here now,” she said. “We need to get busy and make it successful.”

Sally Smith, the new, democratically elected board president, said she too is jumping in with both feet, and ready to spread a sense of community not just through Applewood, but Midvale itself.

“We just want to make it the best,” she said.

Mark Lundgren of UROC, agreed, highlighting the commitment from the group to finalize the purchase.

“They’ve been a very good group to work with,” he said. “They’re going to do well.”

One of the main focuses residents have in the near future will be to fill the four vacant sites in the community. They will be working with NeighborWorks® Salt Lake and Next Step Networks in order to do so. “There’s already interest in those lots,” Lundgren said.

Along with this focus, Stoven said they are also looking to set a date for their purchase celebration.

“I feel we need to celebrate as soon as possible,” she said. Residents purchased the neighborhood for $5 million on Feb. 9. Funding came from ROC USA® Capital, the Olene Walker Housing Loan Fund and from the city of Midvale.

Midvale Mayor Robert Hale said the purchase was a well-deserved victory for residents.

“We have a really wonderful neighborhood in the Applewood Park,” he said.

Having manufactured home communities is a boon for the city, Hale said.

“This community, like many manufactured home communities, take care of their places,” Hale said. “They’re a great example of what can be done if they take the time and make their place a little piece of heaven on Earth.”

Nate Brockbank’s Titan Development bought the land underneath the park initially, with plans of building apartments. But after meeting with the residents, he said his mind was changed and that he wanted to do what he could to protect the residents — like selling them the land.

“It was honestly just about doing the right thing,” Brockbank said. 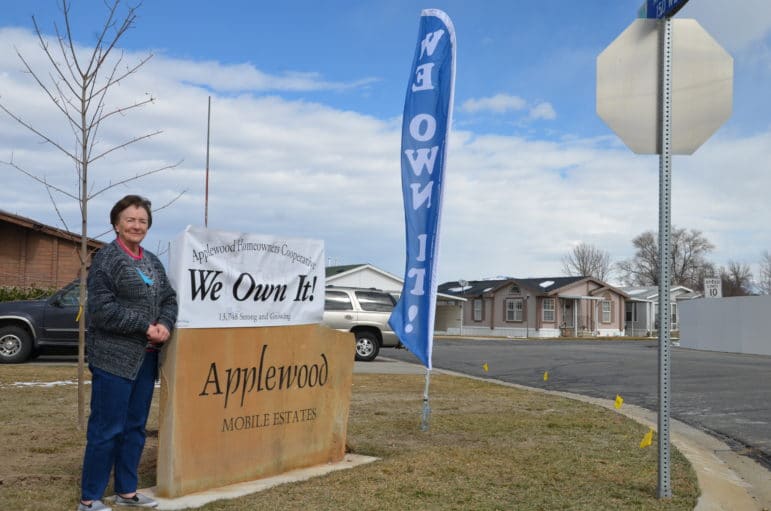 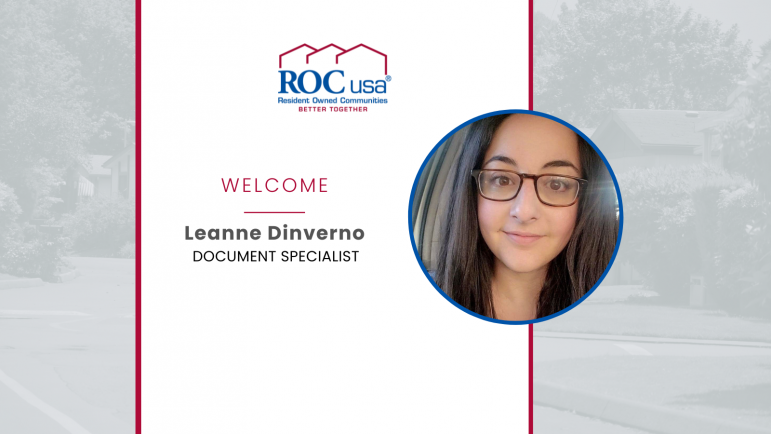 CONCORD, N.H. — ROC USA® is pleased to announce that Leanne Dinverno has been hired as a document specialist. She has previously worked as legal assistant in a Washington, D.C., law office. “Leanne comes to ROC USA as an experienced Legal … More »