CONCORD, N.H. – There isn’t just one reason why the resident of Fisherville Estates gather for their annual party, but nearly 5 dozen. 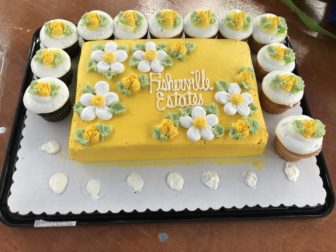 Members of the 56-home came together to celebrate each other and their successes in resident-ownership with a potluck, games, raffle and karaoke. Prizes ranged from gift baskets full of themed toys, food and tools, as well as a free month of lot rent.

Neighbors buzzed about underneath tents, catching up with old friends and introducing themselves to some of the newer residents to the neighborhood. Many brought family and friends with them to snack on some of the cake, desserts, steaks, hamburgers, hot dogs and more.

Ace, a 3-year-old German shepherd, made the rounds as well, greeting party goers and trying to catch bubbles blown by the kids.

All and all, the neighborhood bash served as a way for the group to come together to learn more about one another and celebrate their success in resident ownership.

“This is what it’s about,” said President of the democratically elected Board of Directors, Robin Cutter. 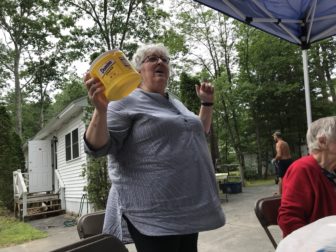 When it comes to preparing for the annual event, work usually begins about a year beforehand to start buying the prizes for the bounty of raffles. Food is usually bought or donated from the Concord markets as well, Cutter said, adding that keeping things local is a priority for them.

One boy, who won an Avengers-themed basket that he put all his tickets in, could not contain his excitement.

“Can you believe it?” he shouted as he ran into the Meeting House to collect his winnings. “I got the one I wanted!”

Money raised from the raffle ticket sales is put for the community’s Education Fund, which helps pay for things like sports team fees and field trip costs for the neighborhood children.

Next year will be the 25th anniversary of resident ownership for Fisherville Estates. Though nothing has been planned as of yet, Cutter said they are looking to do something even more special to celebrate.

“We’ve been talking about what we want to do,” she said. 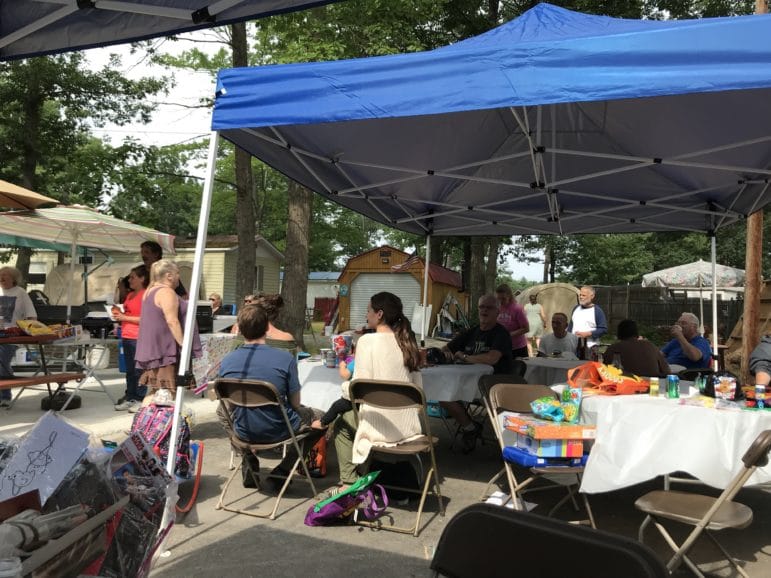