CLARKS GROVE, Minn. — Walking through Hillcrest Community Cooperative after a tornado tore through in March 2017, Gary Olson was grateful that his neighborhood was spared.

“We had a lot of damage, but we were very fortunate,” said the President of the Board of Directors.

But as he walked further through the rest of city, he noticed that not all were as lucky, like the town’s fire station. Though the damage was not apparent when Olson looked at the building, the space was unusable.

“I didn’t realize they were hit the way they were,” he said. “I thought to myself, ‘Where do you put four firetrucks and the other equipment?’”

Luckily, Olson knew just the place. Clarks Grove residents inherited a 6,000-square-foot heated maintenance building that belonged to an old car dealership when they purchased their community in 2015. The unused space had sat vacant while the Board, which works with ROC USA Network affiliate Northcountry Cooperative Foundation for technical assistance, tried to decide what do with it.

Olson knew the space would be the perfect temporary home for the volunteer department.

“The last thing we wanted to do was lose the fire department,” Olson said.

Within 24 hours, everything was moved into the building. Clarks Grove Fire Chief Steven Thisius said he was grateful for the quick solution to the daunting problem he faced.

“The next day (after the tornado), Hillcrest came and said they had this building available, so the next day we were moving our stuff out and into our temporary fire hall,” he told ABC News 6.

Since March 2017, the Fire Department has been housed in the building, paying the ROC $2,000 a month. This money adds to the savings of the community that can then be used for capital improvement projects or any other work that needs to be done.

“It’s generated a lot of income for us,” Olson said.

A new fire station and community center is expected to be finished by the beginning of 2019. What to do next with the building has not yet been decided, but the hope is to continue to rent out the building.

Though glad the department will have a space all of their own once again, Olson said the move will be bittersweet.

“They’ve been great to have here,” he said. “We’re going to miss them.” 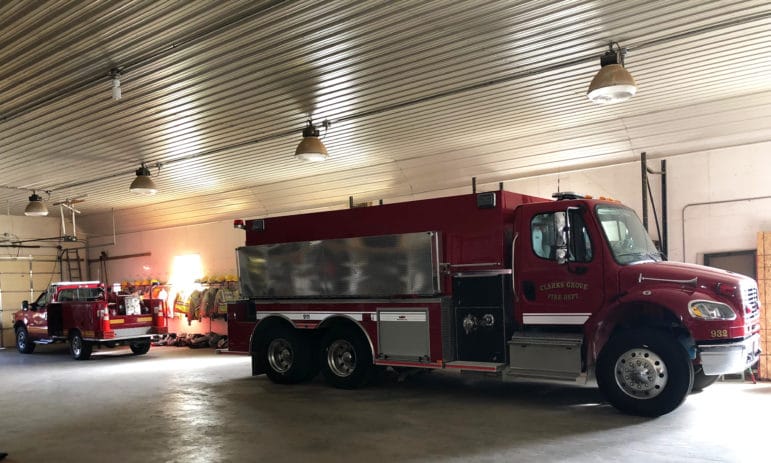