When The Seattle Times ran an article in late May about the closure of a mobile home park in Kirkland, Wash., Liz Wood knew something had to be done.

Unfortunately, it looks like it’s too late for the 32 families who live in Firwood Lane Mobile Home Park, which was sold in February for $3.2 million. The new owner is closing the community and plans to build 19 high-end homes on the site.

Liz wrote to ROC USA asking if there were anything that could be done, and if the residents there had the same chance to buy the land beneath their community as she did at Duvall Riverside Village, about 17 miles away. Liz is a ROC Association Director and recently elected president of her ROC. 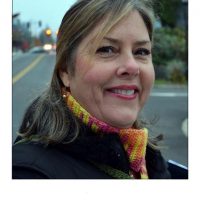 She spoke with Mike Bullard, who suggested writing a letter to the editor at the Times, and that’s exactly what she did. Great news, the letter was published and is bringing even more attention to the issues facing residents of MHCs and the solutions and successes of resident ownership – in this case with the help of ROC Northwest and ROC USA. Hopefully the next community owners who are ready to sell in the Seattle area will have read Liz’s letter and will work with our Network to sell to the residents their communities.