WASHINGTON, D.C. — A familiar face has been named as the new president and CEO of NeighborWorks® America.

Marietta Rodriguez, who serves as the interim vice president for the organization, will take over on Aug. 13. She’s worked with NeighborWorks America for the past two decades and serves on the ROC USA® Board of Directors as an advocate for the resident-ownership movement.

At the annual meeting for the National Cooperative Bank this past May, Rodriguez highlighted the importance of resident-ownership as a way to harness the untapped leadership skills and ideas of the more than 14,000 homeowners in 221 communities.

The critical source of secure affordable housing is creating empowering opportunities for Members, from running for a position on their Board of Directors or fundraising to build a new playground for the neighborhood children.

“When you invite a resident voice, that iteration of innovation happens very quickly,” Rodriguez said at the annual meeting.

ROC USA Founding President Paul Bradley said the choice will help continue the positive momentum for NeighborWorks America by someone who is familiar and passionate about their mission.

“One of my favorite business books is ‘Built to Last,’ which includes a chapter on home-grown management. The authors cite research showing visionary companies hire from within because preserving the core is about continuity of quality leadership,” Bradley said. “I congratulate the NeighborWorks America Board of Directors for recognizing Marietta as that type of visionary leader – with deep roots in the Network – who can preserve the core. She has enormous credibility because she’s been there and knows the work and the customer.”

Rodriguez said she’s honored to have been chosen for the top role at NeighborWorks America.

“It’s a privilege to work with the top-notch housing and community development professionals at NeighborWorks America, and the results-oriented network of nonprofits it supports,” she said. “Together we can empower more individuals, create more opportunities and transform more communities.”

Rodriguez has headed many successful programs during her 20 years at NeighborWorks America. Just to name a few, she’s managed a national down payment assistance program totaling more than $300 million to support more than 17,800 new homebuyers since 2012; created an innovative business practice, enabling NeighborWorks organizations to operate their homeownership programs sustainably; created and managed multi-channel marketing campaigns that drove awareness and helped achieve business and community goals; raised more than $10 million to develop and distribute a multimedia foreclosure prevention campaign in conjunction with the Ad Council, resulting in more than $89 million in donated media placements; developed and managed a multi-year Loan Scam Alert Campaign, resulting in more than $22 million in donated media placements; and formed and ran a coalition of federal enforcement agencies, nonprofits and local governments focused on sharing critical information on mortgage scam tactics and community impact.

“Many barriers can prevent individuals and families from having a safe, stable place to call home,” said Rodriguez. “NeighborWorks America and its network work to remove those barriers and make every community in America a place of opportunity.” 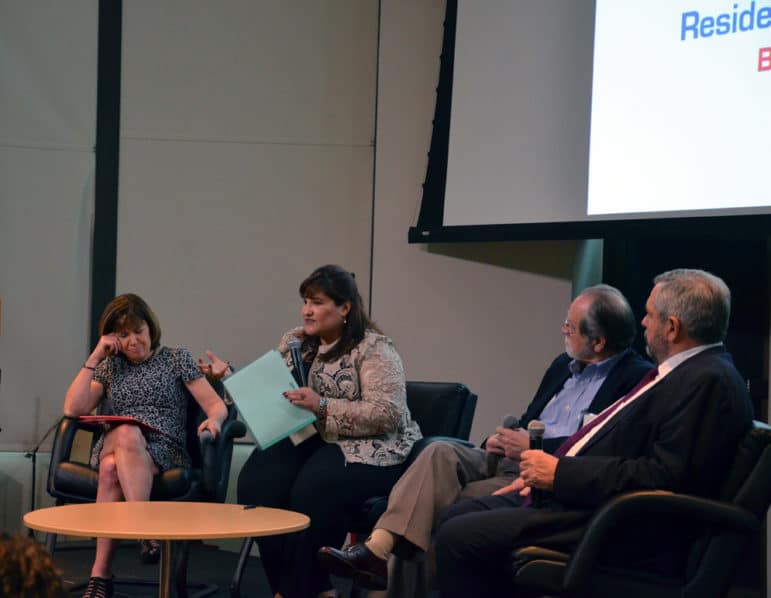