Two candidates are running for the New England ROC Association Director position. ROC Boards are encouraged to review and discuss the candidate profiles, which have also been mailed to each New England Board, and vote on their preferred candidate.

Members can also connect with the candidates on the ROC Discussion Boards.

Ballots should be emailed to contact_us@rocusa.org or uploaded by February 1st. 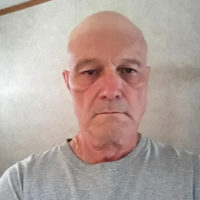 Hi, my name is Albert Hricz and I am running for the New England Region Director position. I am a high school graduate, have completed a state apprenticeship chef program and attended Housatonic Community College for one year. I attended University of Bridgeport for one year and I am an Apex Technical School graduate.

I currently have a state license for heating, ventilation and air conditioning (HVAC). I was hired from trade school by an HVAC company and worked for that company and another company for six years. After that, I went to work for Sikorsky Aircraft for 40 years as an HVAC technician and then as a machine repair technician. During that time, I was also a fire brigade and plant protection brigade member.

I started the residents association for Ryder Park Homes after I found out that the park was going to be sold. I was the first chairman of the board at Ryder Park. We won our lawsuit and with the help of ROC USA we were able to purchase our new park. Because of my work for Ryder Park, I was asked to become a member of the Mobile Manufactured Home Advisory Council for Department of Consumer Protection of the state of Connecticut. I have been a council member for 20 years. I am also vice-president to the Connecticut Manufactured Home Owners Alliance.

Since then, the park was forced to move to a new property in the same city. We were able to get in touch with ROC USA and became the second resident owned community in Connecticut. I have served on the board since then as vice-president for 2 years, treasurer for 4 years and as president for over 6 years. Our community is now 16 years old and going strong.

I was one of the first ROC members to go to the first NeighborWorks America Community Leadership Institute seminars. I am a member of the National Manufactured Home Owners Association.

I have studied Kyokushin Karate for 35 years. I am a second-degree black belt and an instructor. I have also studied Judo for 5 years and am a brown belt. I am a member of the US Cycling organization and race for Laurel Cycling Club. I also started a scuba diving club and served as president while the club was in operation.

What I would like to do if elected is to help other communities that are or were in the same problem that I was. I would also like to help ROC communities to develop into strong communities that can stand up for themselves and be successful.

Thank you for your consideration of me,
Albert Hricz
President of Ryder Woods Resident Association 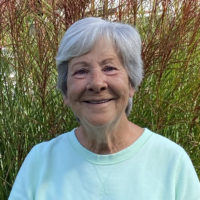 My name is Deborah Winiewicz and my husband, Michael, and I have lived in Halifax Estates in Halifax, Ma., for 17 years. During our time here, I have co-founded a Helping Hands group, a beautification group, served as past chairperson of our rules committee and am current President of the Board of Directors.

Our community is a 55+ community of 430 homes. We became a ROC 4 years ago. It has been an exciting 4 years. It is the best decision ever made by our community. I am proud of what we have accomplished as a community. We have met challenges head on, finding positive solutions. I am proud to be a part of those decisions.

This past year with COVID affecting so many areas of our lives and communities we found ways to virtually meet and reach out to other ROCs. I would like to see that aspect grow and continue. We are able to learn, listen to and encourage one another giving ROCs a feeling of togetherness.

I look forward to assisting other communities become ROCs, I firmly believe in the resident ownership concept, along with the security and pride it brings with it. Together we can bring about change in our communities, our regions, nationally and in our government. I look forward to being a part of that growth.

Extra copies of the ballots are available for download in English and Spanish.