One of the benefits of working with ROC USA and our Network of Certified Technical Assistance Providers is a discount at MHVillage.com.

MHVillage is the nation’s largest and most active website for buying or selling manufactured homes. More than 50,000 users visit the site every day and, as of today (April 8, 2015) MHVillage has 26,323 homes available for sale or rent.

In terms of visibility and exposure, MHVillage is tough to beat, and economical, too — especially when combined with the ROC USA Network 25-percent discount.

“We’ve already sold two homes through MHVillage and we’ve had a lot more inquiries,” said Martinez, adding that he has helped residents list homes themselves as well as listing homes that the community itself owned. 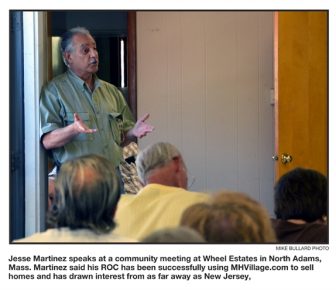 Martinez said there are four homes for sale listed on MHVillage with a fifth set to be posted soon.

“It costs about $40 to post it and it’s well worth it. If you’re looking to get as much exposure as possible, this is the way to do it and we’re proving that it does work,” he said. “You’re getting your money’s worth it, plus you’re moving your home quickly.”

The two recently sold homes were listed for less than a month when the deals closed.

“These homes sold for $5,000 and $12,500 — buyers were looking for something inexpensive, something they could fix up and make look the way they want,” Martinez said, noting that the entire community benefits as the new owners improve these homes. 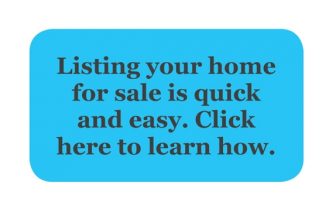 MHVillage offers exposure far beyond the immediate area. Martinez said one of the homes drew an offer from a New Jersey family looking to relocate. Each home received multiple offers and eventually sold for the full asking price.

Martinez said some homeowners also work with real estate agents, who he encourages to use MHVillage as well as other listing services because MHVillage is a destination for people who know they’re looking to buy manufactured homes. The site also allows users to search exclusively for resident-owned communities — something Martinez said is a draw for many of the perspective buyers.

Wheel Estates is a 199-site community that became a ROC in May 2013. The board is leading a substantial renovation project to replace and rehabilitate aging infrastructure across the community. Learn more about Wheel Estates at www.wheelestatescommunity.coop.