We celebrated ROC USA’s fifth birthday the other night by honoring a 15-year colleague of mine, Peter Rhoads. Peter is retiring from his consulting work with us (although in a pinch he may be back!)

ROC leaders in New Hampshire will recognize Peter as the Program Manager for the then “Cooperative Assistance Team” (now ROC-NH) through the mid-2000s. I hired Peter in 1998 after he retired from his first career as a middle school teacher. He, with his able sidekick (and wife) Linda who traveled with him much of the time, was a big help in the launch of ROC USA in 2008. 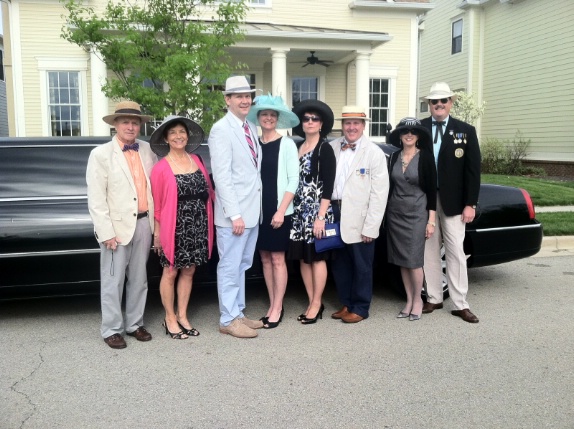 Peter and Linda (on left) fulfilling a lifelong goal in 2013 of going to the Kentucky Derby. Funny thing, from their seats, they still had to watch the race on TV. Peter said, “Once is enough.”

Peter’s dedication to mission was immense – he was hardworking and ever-driving to help co-ops and co-op leaders. A quote which hung above his desk captures him perfectly:

Go to the people

Start with what they know

Build with what they have

But with the best leaders

When the work is done

The people will say

“We have done this ourselves!”

We are all thankful for your dedication and thoughtful work, Peter. Enjoy!