The results are strong:

The savings are generated primarily through removing the profit margin in Members’ site rents and the diligence of the volunteer community Members and leaders.

“These results are not coming by ROCs running thin on reserves or missing loan covenants,” said Michael Sloss, Managing Director of ROC USA Capital.  “These results are on top of co-ops doing a good job of capital improvement planning and consistently meeting their financial obligations.”

The 25 co-ops in the study have invested more than $6.5 million in community improvements in their first five years of ownership, including healthy water and wastewater treatment as well as tree safety and improvements to roads, drainage and community spaces.

Dennis Jakubowski, Board President at Marilla Country Village in Alden, N.Y., said his 154-site neighborhood is more than 50 percent seniors on fixed incomes. Shortly after Marilla became a co-op eight years ago, he said, “Residents were getting sick of lot rent going up $25 a month with no improvements.”

Today, Jakubowski said, “We’ve raised our site fees just $10 since we purchased the community in 2011, and in that time, the co-op has invested more than $250,000 in improvements, including new roads that look great. Owning our community is the best thing we have ever done.”

Upgrades not only look good, but make meaningful differences in ROC Members’ lives.

“Community improvements can be easy to pass over, but they are really significant – like the drainage improvements by Pasadena Trails ROC south of Houston, which helped them survive Hurricane Harvey with no losses, displacement or destruction,” said Mary O’Hara, Director of ROC USA® Network.  “In fact, the co-op’s Members were in abutting neighborhoods helping out after the storm.”

“The impact data is compelling and very motivating to our team and especially to the co-ops in our region,” said Noémi Giszpenc, Executive Director of Cooperative Development Institute, ROC USA Network’s affiliate in Massachusetts, Rhode Island, Connecticut, Maine and Vermont.

“We support ROC USA Capital and ROC USA through debt and grant investments, because advancing local ownership is so important,” said Amy Brusiloff, Senior Vice President at Bank of America. “Results like this show what can be accomplished when we invest in growing our communities.”

Local ownership is vital to ensuring communities have the level of control they need to meet local needs. ROC USA accomplishes this through a cooperative form of ownership in which each homeowner owns one Membership Interest and has one vote in the co-op that owns the land.

“This is a great illustration of how the co-op model meets the needs of Members in a large array of sectors, and an excellent example of how co-op ownership is working in low- and moderate-income neighborhoods,” said Doug O’Brien, President of National Cooperative Business Association.

Next year’s study will include 11 more co-ops that have reached or will reach their fifth anniversaries in 2019 and include the first group of 10-year anniversary communities. 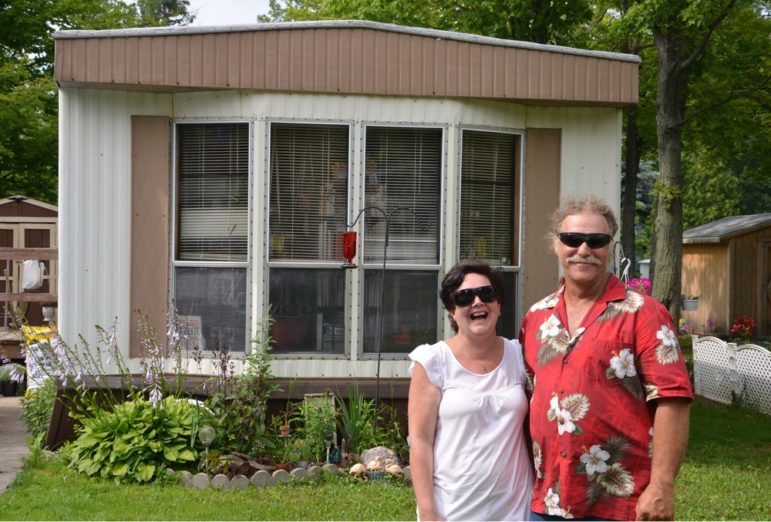