CONCORD, N.H. – ROC USA® President Paul Bradley has been given one of the highest honors in the cooperative sector in being selected for induction into the Cooperative Hall of Fame.

Bradley, who launched ROC USA in 2008 after almost 20 years of co-op development in New Hampshire, will be formally inducted May 2, 2018, during ceremonies at the National Press Club in Washington, D.C.

“It’s a real honor and great opportunity to share the story of these self-help communities,” he said. “This is important recognition for the work of so many: community leaders, technical assistance providers, investors and donors and ROC USA’s national staff.”

Induction into the Cooperative Hall of Fame is the highest honor that the U.S. cooperative community bestows on the extraordinary men and women who have made genuinely heroic contributions in support of the cooperative form of enterprise.

ROC USA and its nine affiliates help homeowner groups in manufactured home communities form co-ops to purchase and manage their neighborhoods in perpetuity. For the more than 13,000 homeowners in 210 resident-owned communities (ROCs) nationwide, cooperative land ownership has brought the security of stable rents, a democratic say in community budgeting and spending, organizational transparency and the solace of knowing they can stay in their community as long as they please.

Bradley was nominated by Andrea Levere, chair of ROC USA’s Board of Directors and president of Prosperity Now. She said Bradley has devoted his career to advancing economic justice and opportunity by expanding cooperative ownership in the housing sector—first in New Hampshire, and now throughout the nation.

“As the founder and president of ROC USA, he has designed a social venture for scale through innovations in governance, finance and technical assistance that in less than 10 years are now being replicated in other co-op sectors,” Levere said. “He is an inspiring addition to the Cooperative Hall of Fame.”

“As both Governor and Senator, I’ve had the pleasure of working with Paul and witnessing his successes for our state firsthand,” Shaheen wrote. “I value Paul’s expertise and insight on housing issues and find his input valuable when evaluating or authoring related legislation.”

When someone comes along and yanks a 69-year-old woman out of her rocking chair and out of her complacency and gives her life new meaning, I think that someone qualifies as a hero.

George W. McCarthy, president and CEO of the Lincoln Institute of Land Policy, touted Bradley’s vision and perseverance, noting that transforming a multi-billion dollar national industry on behalf of low-income families is a big challenge.

“To do it from a perch at a small non-profit in New Hampshire would seem an impossible task. And yet, with a clear vision, a focused strategy, and dogged perseverance Paul has produced remarkable results in a relatively short time,” McCarthy wrote. The two met in 2000 when he was a program officer at Ford Foundation. “Paul changed the fortunes of thousands of manufactured home owners in New Hampshire by helping them to control the land under their homes.  He took this local success to a national stage, helping thousands of additional families to gain control of their housing and their lives.”

Colleen Preston had just retired into a manufactured home community when it went up for sale in 2012. That’s when she met Bradley, and her life changed dramatically in a short time.

“When someone comes along and yanks a 69-year-old woman out of her rocking chair and out of her complacency and gives her life new meaning, I think that someone qualifies as a hero,” Preston wrote in her endorsement letter. “That 69-year-old woman was me, recently retired, downsizing, plodding along and readying myself for those ‘golden years’ I kept hearing about. Today, five years later, I am 74 years old and I work full time in my encore career as a technical assistant for Cooperative Development Institute, helping residents of manufactured home communities purchase the land they live on and control their futures in a way they never have before.”

In launching ROC USA, Bradley combined cooperative ownership with integrated technical assistance and specialized financing. No ROC USA-initiated co-op has ever failed or reverted to private ownership. A ROC USA-hired independent appraiser is analyzing lot rents in ROC USA Capital borrowers and the results are favorable: Five years after purchase, even factoring in a rent increase at purchase and lender covenants, every co-op is either at market-rate rents or lagging the market by as much as 17 percent.

Bradley said selection to the Cooperative Hall of Fame is a humbling honor – one he hopes to use to further his professional passion.

“We hope to take advantage of this tremendous opportunity to shine the light on the good work of thousands that makes resident ownership both viable and successful,” he said. “It coincides with ROC USA’s 10th anniversary — what a great way to kick off our second decade.” 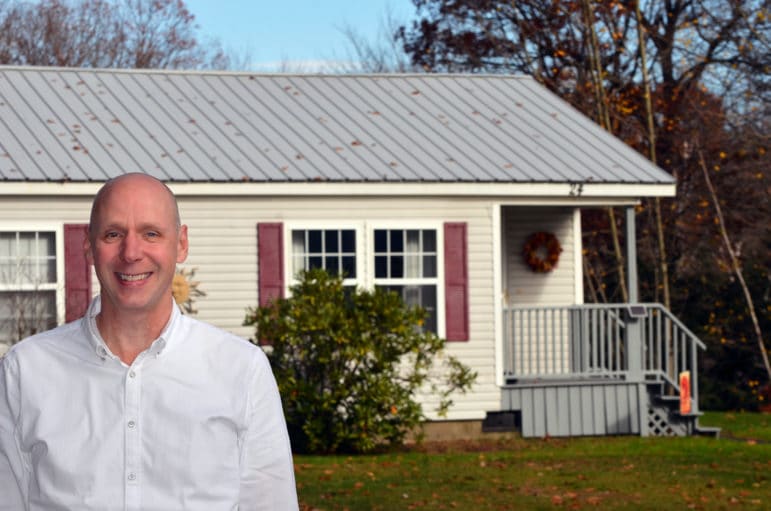