CONCORD, N.H. – Resident-owned community leaders from Minnesota and New Hampshire have been re-elected to represent the interests of their peers nationwide as Directors of both the ROC Association and ROC USA®.

Natividad Seefeld, president of Park Plaza Cooperative in Fridley, Minn., was voted to represent the East, Midwest and South Region on the ROC Association Board of Directors. In the New England Region, Kim Capen will serve a second two-year term after running unopposed. Capen is a past president of Medvil Cooperative in Goffstown, N.H.

ROC Association was started by two community leaders. Both had been appointees to the ROC USA Board of Directors. They saw the potential of a large national network of local communities if they were to formalize an organization and develop an election process for ROCs all across the country.

Membership is free to all of the now more than 200 ROCs that are or once were under contract with a Certified Technical Assistance Provider trained and certified by ROC USA Network. The three Directors elected from three regions, together make up almost a quarter of the ROC USA Board.

Seefeld, who was challenged by Richard Nereau of Lakeville Village in Geneseo, N.Y., said she was inspired, in part, to seek another term after seeing the devastation to a nearby community whose residents were forced out ahead of a redevelopment project. She spoke of one of those homeowners who was able to move to Park Plaza.

“When I asked him why he picked us he said, ‘Because I know I will never have to move again.’” Seefeld wrote in her election bio. “He has become a wonderful addition to our community and I can even see him joining the Board in the near future. This is what being part of a ROC (resident-owned community) is all about.”

Capen said he has seen how resident ownership has transformed two separate commercially owned communities whose residents purchased together and formed one cooperative he as called home for a decade. He wants to help recreate that strength and quality of life improvement in manufactured home communities all across the country.

“We truly need to believe we are in this together. Not only neighbor helping neighbor, but community helping community,” he wrote. “Because all our experiences add up to a wealth of knowledge that will help in making a way for everyone to enjoy the benefits of resident community ownership, to make it a pleasant and rewarding experience financially and socially. The security of having control of what is for many their largest investment is a big reason why this model needs to be national in scope.”

Capen and Seefeld rejoin Lorie Cahill on the Board. Cahill was elected last year to represent the Mountain/West Region and serves as president of Green Acres Cooperative in Kalispell, Mont.

This year marks the third time ROCs in the New England and Midwest regions will vote for a candidate. Directors take part in all ROC USA Board meetings (usually held in Washington, D.C., three times per year) and the annual Community Leadership Institute. They need not be members of a ROC’s Board of Directors, but they must be nominated by their Board of Directors. Each ROC may nominate one candidate.

“All three ROC Association Directors play a crucial role on the ROC USA Board – they are the only Directors who live in the communities we serve,” Bradley said. “As Directors, not only can they easily bring a resident perspective to the top levels of ROC USA, but they also play a major role in steering the work we do as an organization.” 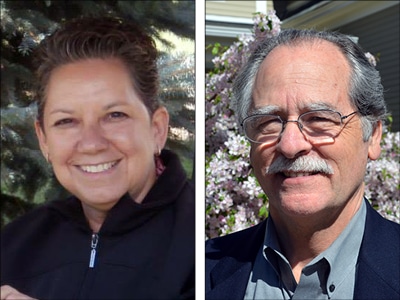