PUYALLUP, Wash. – Residents of Elmwood Homeowners Cooperative are watching as their community suffers flooding and septic systems overflow in the wake of neighboring new construction and heavy rains.

The News Tribune of Tacoma reports that some homeowners have been forced to use portable toilets and travel to relatives’ homes to shower until the problem is resolved.

“Several mobile homes’ septic systems have failed. Others are becoming balky. During rain storms, water fills yards and pools in driveways. And drinking water systems may be tainted,” the paper reported Tuesday.

Some suspect the problem stems from construction of a new abutting neighborhood, which, because of flood requirements, was built atop three to four feet of new fill. That makes Elmwood the lowest point in the area. Plans to expand the new development have been put on hold until a solution is reached.

Elmwood is a 41-site community that became resident-owned in April 2015. The ROC works with ROC Northwest for technical support.

Read the entire story at the News Tribune’s website. 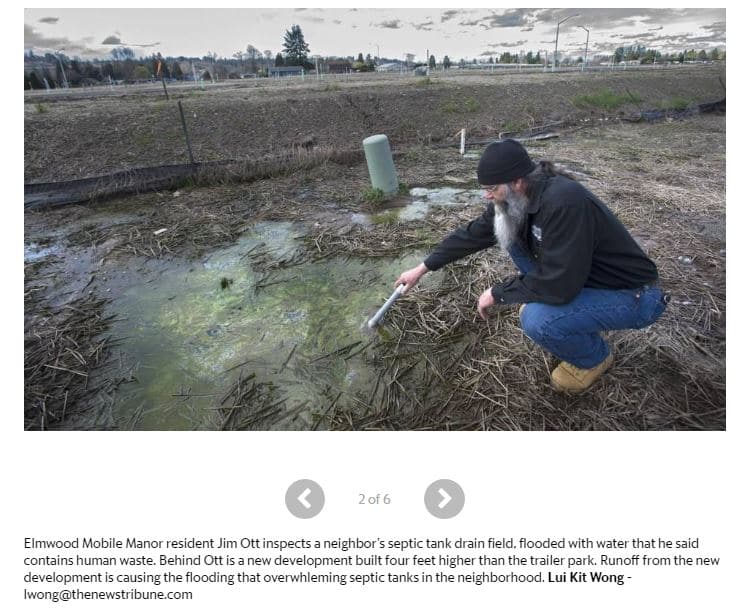