The sale to the residents defies a national trend of communities like Woodlawn being bought up by out-of-state investors.

In the last year alone, 560 manufactured home sites in the 7-County Metro have sold thus far according to Minnesota Department of Revenue sale data. Ninety percent (90%) of these sites sold to out-of-state buyers.

Woodlawn is referred to as a “hidden gem” by its residents, over half of which have lived in the community for twenty or more years. Although located right in the heart of Richfield, a bustling first-ring suburb of Minneapolis, Woodlawn is a quiet, little neighborhood. The community’s long, rectangular plot is nestled between residential homes and a multifamily rental building. The community’s entrance is camouflaged by a single-family home that faces out onto Lyndale Avenue.

Woodlawn provides an oasis of housing affordability in an area of the metro that is in dire need of it. After the closing, monthly lot rent will be $625, less than half the fair market cost for a two-bedroom apartment in Hennepin County.

The opportunity for a resident purchase of the community came about in the summer of 2020 from soon-to-be Woodlawn resident, Bev Adrian. Bev was talking with the owner about buying a home in the community. During one of their conversations Bev learned that the owner, who bought the community in 1978 and has lived in the site-built home on the edge of the property ever since, was looking to retire.

Bev explained to the owner that she had lived through the closure of another metro manufactured home community called Shady Lane and that she wasn’t eager to relive that experience. She wanted to make sure the home she was buying was a good investment and that a new owner wouldn’t sell the property for redevelopment or raise the rents so high that she would be displaced. When Bev asked the owner if he would entertain a sale to the residents and he said he would, she immediately contacted Minneapolis based Northcountry Cooperative Foundation (NCF) to see if they could help.

NCF entered into a purchase agreement with the owner in March. The Co-op assumed the purchase agreement in April after a community-wide meeting where residents voted overwhelmingly in favor of working with NCF to pursue resident-ownership. The Co-op elected a five-member interim board of directors, of which Bev was elected president, to represent them throughout the purchase process.

“As someone who has lived through the pain of fighting for and losing a community, this project has been incredibly gratifying because we’re actually turning the tide – we are going to permanently preserve this community,” said Bev Adrian, Board President of Woodlawn Terrace Cooperative.

“At every step of this project, I feel we [the residents] have been embraced and supported — by NCF, the city, Minnesota Housing. As a relative newcomer to Woodlawn, I’m especially humbled that the long-time residents of Woodlawn have been so enthusiastic about becoming a co-op. I may have been the spark for this project, but it has taken the whole community to make this purchase a reality,” Bev said.

“The current owner is very attached to the community – after all, he’s lived here for over forty years. I think the fact that he wants to stay here is pretty remarkable and speaks to his receptivity to the co-op ownership model,” Bev said.

NCF is a ROC USA® Certified Technical Assistance Provider (CTAP), one of twelve nonprofit organizations performing this kind of community development activity around the country. Since ROC USA’s inception in May 2008, CTAPs like NCF have facilitated 198 resident purchases in 20 states, representing over $600 million in financing.

“Woodlawn stands out as one of the most collaborative projects in our twenty-year history. Minnesota Housing and the City of Richfield have been incredible partners. Both have worked creatively and collaboratively with our organization and the residents to pull together the financing for this project. The partnerships created represent a major step forward for resident ownership and will benefit future resident purchase projects,” Victoria Clark, Executive Director of NCF said.

“Minnesota Housing recognizes that manufactured housing provides a critical segment of homes people can afford. We are pleased to be part of the acquisition financing and glad to know the resident-owned cooperative will continue to be a thriving community in Richfield for years to come,” Minnesota Housing Commissioner Jennifer Leimaile Ho said.

After purchasing the community, the Co-op plans to transition from a private well to municipal water service, line the mains of their sanitary sewer system, and rehab the single-family home and two site-built rental units on the property.

The Co-op is also partnering with Home Source, a local manufactured home dealer and real estate agency, to demolish several abandoned homes and bring in twenty-one new homes over the next few years. The new homes will bring in additional income for the Co-op while providing an affordable homeownership opportunity for homebuyers who would otherwise be unable to buy a home in a high-cost market like Richfield.

The City of Richfield has been a strong supporter of the Woodlawn Terrace Cooperative since the beginning of the project, recognizing the importance of preserving the community’s affordability and the value of maintaining local ownership. Municipal staff and elected officials met with the Co-op board and went on a tour of the community in September. The City has committed $350,000 towards the cooperative’s municipal water connection project and an additional $60,000 toward the demolition of abandoned homes and rental unit rehab.

“Woodlawn is a valuable source of affordable housing in our community and the City is pleased to be playing a role in helping the residents and NCF to preserve it. We have been impressed by the residents’ commitment to improving their community and look forward to working with the Cooperative as the new owners of the property,” Julie Urban, Housing & Redevelopment Manager for the City of Richfield said. 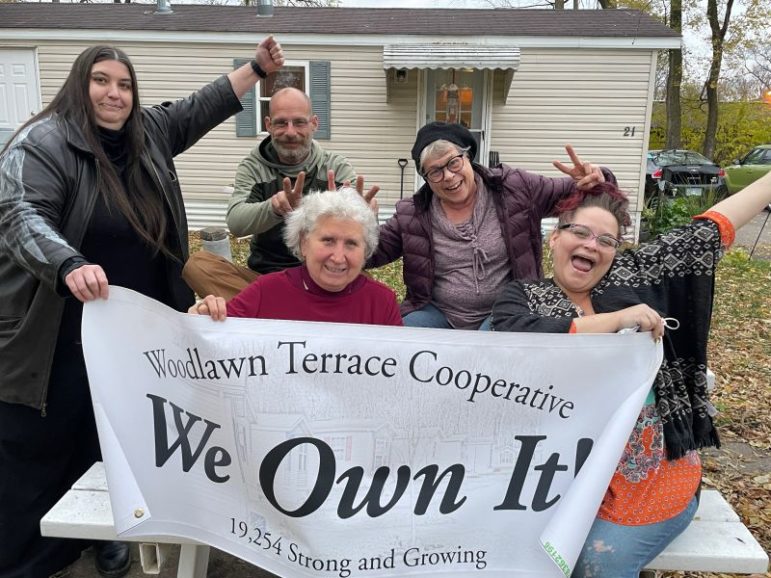 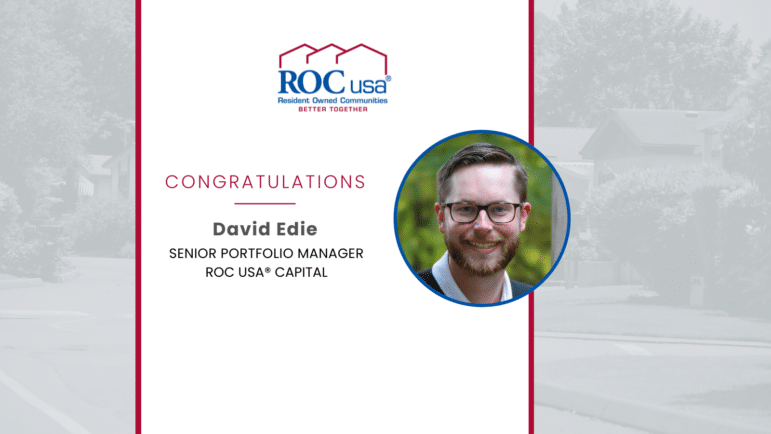 Save CONCORD, N.H. — ROC USA® is pleased to announce that David Edie has been promoted to Senior Portfolio Manager. He has previously served as ROC USA Capital’s Portfolio Manager. “David was a natural fit to assume the role of Senior … More » 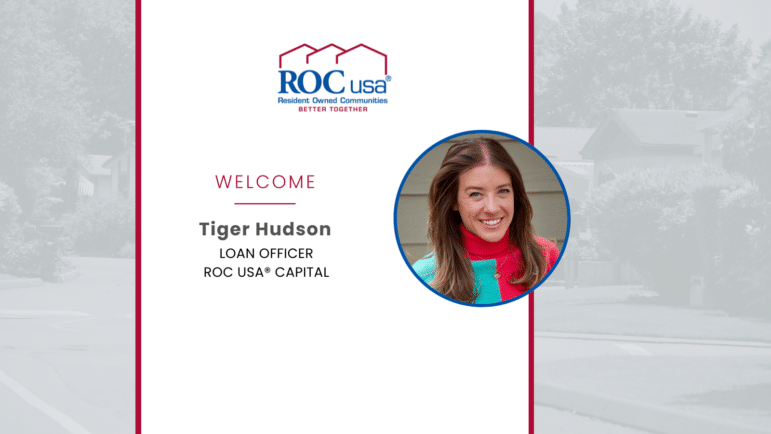 Save CONCORD, N.H. — ROC USA® is pleased to announce the expansion of the ROC USA® Capital team with the hiring of Tiger Hudson as loan officer. “Tiger will be handling the bulk of ROC USA Capital’s loan underwriting and … More » 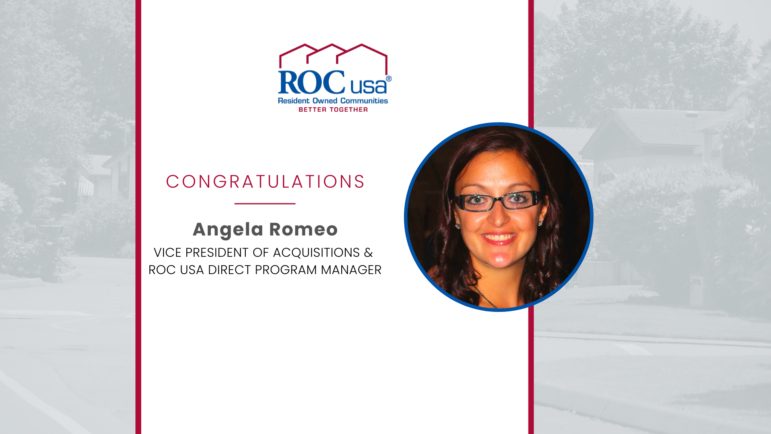