AUSTIN, TEXAS – The 68 homeowners and their families took a major step toward securing their financial futures this month when they took ownership of the land beneath their neighborhood, becoming the second resident-owned manufactured housing community in Texas.

“We didn’t lack things,” said Jennifer, one of the homeowners who joined and helped form Asociación de Residentes North Lamar (ARNL). “But now that we own it, the community will be improved and the children will be raised with more opportunity. Maybe we will put in a park or a community room.”

Roberto Sanchez, president of the ARNL Board of Directors, said the volunteer community leaders who worked on the purchase made it a very important part of their lives.

“Sometimes we have to divide our hearts,” Sanchez said through in interpreter. “One half is ARNL and the other half is my children and my family that is why I say when I die I want to be buried with the ARNL flag.”

In a resident-owned community, homeowners are able to buy one low-cost member interest in these democratic ROCs. An elected Board of Directors acts on day-to-day issues. Members vote on larger matters, such as the annual budget, bylaws and community rules.

The Association was helped by Community Housing Expansion of Austin (CHEA), which will continue to work the community for at least 10 years. Ryan Nill, Program Manager at CHEA, said ARNL is now the largest housing co-op in Austin.

“I am proud to have been here to help the residents to start a cooperative,” Nill said, noting that CHEA benefited from a JP Morgan Chase Foundation grant to help cover startup costs associated with the project. “This will give them agency and control over their living environment unlike anything they have had before. CHEA has been committed to creating more cooperative housing for a generation and I personally have been committed to this vision for 13 years.

ROC USA (rocusa.org) is a non-profit organization with a national network of 10 organizations such as CHEA and a national financing source for resident-owned communities. ROC USA and its affiliates have helped 258 communities preserve nearly 17,500 homes in 17 states since 1984.

“We give residents access to expert technical assistance and financing to help homeowners purchase their community when it’s for sale,” said Paul Bradley, ROC USA’s founding president. “This approach helps them overcome the two hurdles to resident ownership.”

“All of you have inspired me, taught me much, and you are all the reason that you are owners of your own destiny and your families’ destiny and this city’s destiny,” Casar said. “So thank you, really, from the bottom of my heart, there is not a job that has been more important to me in my five years at the city than helping you.”

ARNL Members celebrated their purchase with a parade through the community.

(Some quotes have been translated from Spanish.) 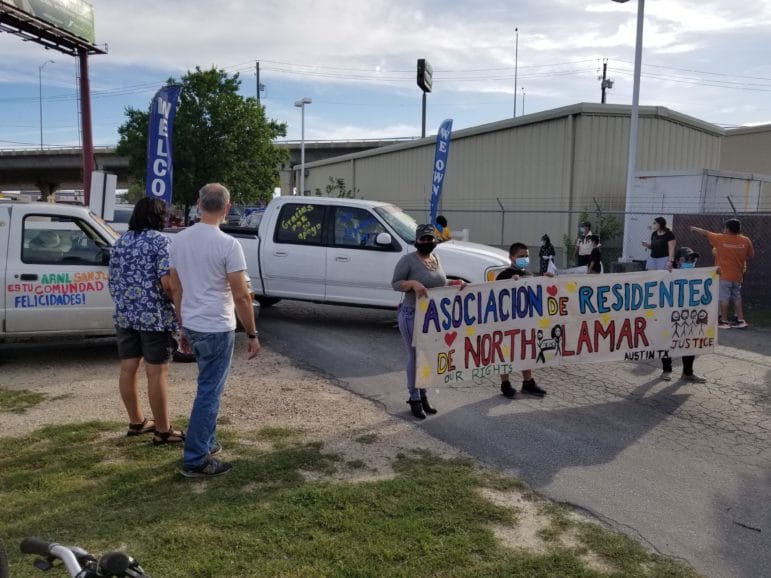